You are in: Home / All KS3 Resources / General Issues at KS3 / Planning & Teaching KS3 History 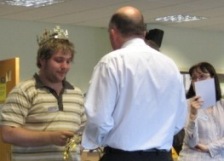 ‘The impact through time of the movement and settlement of diverse peoples to, from and within the British Isles.’

This is no longer a requirement but the stories of different forms of migration is still worth considering for inclusion at KS3. While this looks like one story, that of migration, pupils’ understanding is likely to be helped considerably by disentangling and treating separately the stories of emigration and immigration. Intermingling them is likely to hinder pupils’ ability to discern patterns across time. As for migration within Britain, that third element may be better treated as part of the impact of e.g. the Industrial Revolution.

The other general planning point is to distinguish between creating a sense of overview (e.g. a timeline of people who have emigrated) and case-studies (e.g. examining the motives and impact of the Pilgrim Fathers). You can’t cover everybody so it’s important to use this combination of outline and depth to answer core questions about migration, whether emigration or immigration. Three core questions to pose about both emigrants and immigrants are

i) Why have people moved and settled in other places?

ii) How were they welcomed and treated in other places?

iii) What effects have they had on their new homelands?

The approach we took in the SHP materials published in 2008-9 was to focus in Y8 materials on providing a short study of emigration and in Y9 on a longer study of immigration. Each study tackles the same the three core enquiry questions above and so it’s then possible to look at similarities and differences in the experiences of people, whether they were leaving from or moving to Britain. However in a 2 year scheme you could tackle the twin topics end to end, again comparing answers to the core questions.

In our SHP investigations of both Emigration and Immigration we begin with a swift overview – with pupils creating a timeline of people who left or arrived. This demonstrates that there is nothing new about migration and also boosts chronological understanding – an ideal opportunity to check whether pupils see 1750 as the 17th or 18th century, for example.

This can be done as a simple physical timeline with pupils placing cards in sequence and identifying motives for migration – all details supplied on the cards. For emigration, examples could include Britons joining the Roman army, medieval merchants such as Caxton, the Pilgrim Fathers, plantation owners in the west Indies and indentured servants who were no more than slaves, transportees to America and Australia, Cavalier refugees after the Civil War, refugees from the Highland Clearances and Irish famine, religious missionaries etc etc.

SHP’s What is History? Y7 book has a brief section looking at the motives of a range of emigrants in the 1600s and 1700s (and also has a section on the experiences of Windrush migrants in the 50s and 60s).

The same approach can be taken to immigration, beginning with Roman soldiers and traders and moving through time. You’re not trying to be encyclopaedic, just indicating the range of people across time and the range of motives. A good source of information on individual and groups of immigrants is Robert Winder’s book Bloody Foreigners.

which deals with the stories of people affected by conflict, some of whom were forced to flee and settled in Britain.

The outline activities above provide chronological context and begin to answer the first core question, about why people have migrated. The next step is take one or more case studies e.g. the Pilgrim Fathers or Irish emigrants to USA in the mid-nineteenth century and look closely, finding answers to the three core questions. The best way to tackle more than one example is to divide case-studies amongst the class, so that each group looks at a different example and you can compare the results.

Having established answers to the core questions for emigrants you could then, immediately afterwards or later in the course, investigate them in the context of groups of immigrants of whom there have been many over the centuries. One of the outcomes of this comparison of different kinds of migration is that it will emphasise the similarities of motives and experiences across time and between emigrants and immigrants. Pupils should also realise that immigrants and emigrants are the same people – the choice of ‘emigrant’ or ‘immigrant’ simply depends on where you are standing when speaking - though they are often described with different kinds of adjectives. Words like ‘daring’ and ‘adventurous’ tend to be reserved for emigrants rather than being applied to immigrants.

The natural tendency with any thematic story is to begin at the beginning, way back in time and perhaps this is especially so when you can quickly recap Romans, Saxons, Vikings as examples of migration. However it may be worth starting in the present and recent past with this thematic story and then wandering around time a little to make the points about similar experiences and motives across time and place. Family stories are a good way of starting, especially if you can tell a story or stories about your own family.

I have begun CPD sessions by telling the story of my uncle Frank who migrated to Australia around 1919, one of the many young men from northern industrial towns recruited by South Australia to fill jobs left vacant by other young men who had not come back from Gallipoli or the Western Front. His motives were work and adventure, maybe the chance to do better than he might have in post-Great War Liverpool – very similar to many other migrants across time.

The notable thing about this story is how the quality of the silence changes (even with teachers) because I’m telling a story about my own family – something that many teachers have also reported. Their pupils switch on or deepen their attention when their teacher is revealing their own story – it seems to be that pupils respond well to their teacher taking the risk of revealing something of their real, non-teacher self.

So, you can use family stories as a strong way into migration, motives, welcomes and impact and to establish that migrants can be found in most, if not all, families. Researching my own family on census records on-line I quickly found Danish, Irish and Scottish forebears in the mid-nineteenth century plus other relatives who had headed for Canada and the USA.

And if you want something with a bit more fun as a starter, follow these weblinks to a migrant who’ll be known to many pupils – all the way from darkest Peru. “Do you remember the time we investigated why Paddington Bear left Peru and whether he was welcomed in Britain?” It may only be 5 minutes spent on this but it will help some pupils shake maths out of their heads from last lesson. One Paddington book even sees him being investigated as an illegal immigrant!

Frameworks, Themes & What's in it for Students?